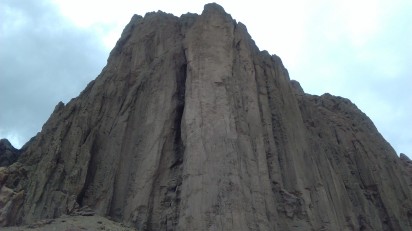 Christ’s Church is based on “the Father” initiating a personal relationship with a man or woman. It is NOT based on Christ as the cornerstone thereof, nor on the apostles who are the pillars thereof.

The above statement is NOT presented in most Bible Commentaries.  I found only one that slightly suggested this viewpoint.

Could it be that The Adversary wants to suppress this truth at all costs, because, if revealed and proclaimed, he would lose control of the “masses” through his elitist hierarchy called “priests” and “ministers”.

Notice the context of how the word “rock” is used.

Mt 16:16-18
16 Simon Peter answered, “You are the Christ, the Son of the living God.” 17 And Jesus said to him, “Blessed are you, Simon Barjona, because flesh and blood did not reveal this to you, but My Father who is in heaven. 18 “I also say to you that you are Peter, and upon this rock I will build My church; and the gates of Hades will not overpower it.

“Revelation from the Father” is “The Rock” – the foundation – of Christ’s Church!

Jn 6:44-45
44 “No one can come to Me unless the Father who sent Me draws him; and I will raise him up on the last day. 45 “It is written in the prophets, ‘AND THEY SHALL ALL BE TAUGHT OF GOD.’ Everyone who has heard and learned from the Father, comes to Me.

Christ constantly taught people to focus on “Him who sent Me“.   Notice how often He used this phrase in the gospels.

Can we really appreciate the awesome risk and sacrifice “the Father” took in sending His Eternal Partner to this earth as “the Son”, “the Messiah”, to be susceptible to an eternal death?

But we can meditate on that.

We can begin to “actively listen” to “the Father” who is right now calling and drawing a certain group of people from every nation on earth to marry His Son on Holyday 3, Pentecost, as “the Firstfruits” of His Plan to save every person who has ever lived… even every aborted baby!

Christ’s Church, His Bride and Wife forever, is comprised of those who Hear and Respond to a literal and personal “call” from “the Father”.

After “the Father” begins personally calling and drawing someone,  He will send His Son to knock on the door of that one’s mind.  This is especially declared to occur in the Laodicean Era of Christ’s Church.

Rev 3:20
20 ‘Behold, I stand at the door and knock; if anyone hears My voice and opens the door, I will come in to him and will dine with him, and he with Me.

Jn 6:37
37 “All that the Father gives Me will come to Me, and the one who comes to Me I will certainly  not cast out.

How do you, dear reader of this website, know that you were NOT personally drawn here by “the Father”?

How do you know that this webpage is NOT a knock on your mind, for you to accept a personal relationship (intimate dinner) with “the Son” and “Him who sent Him”?

Are eternal consequences in your life at stake this very moment?

Only you can answer that question…

Let me tell you when I started to “actively listen” to “the Father“.

I can clearly remember the moment and the place it happened.

Sometimes during my lunchtime breaks I would leave work and drive to a shopping center  to eat my lunch in its parking lot, and also to read the Bible.

One day, it just came to me very forcefully, what Mt 16:18 was saying… which is what I state at the beginning of this article.

You see, at that time, the church that I was attending was in turmoil.   The “ministry” began teaching doctrines that were previously shown to be false.   Gnosticism was being promoted.  I eventually left that organization and wrote a letter giving notice and reasons for same.

I also then realized that the “gates of hell would not prevail” against Christ’s Church because Christ knew that even if all Christians on earth were exterminated in a certain generation, that “the Father” would still be alive and would establish personal relationships with those in the next generation!  And that has happened from the early Church era, throughout the Middle Ages, and to this very day!

My personal relationship with “the Father” could not be stamped out even if the whole church organization that I attended went astray.  I could be confident in following again “the Voice” that I heard “in the beginning” of my “calling” – “the Voice” of “the Father”… My Father –  Our Father in heaven!

And I am still following that Voice… and that is why you have this website today, and why you are now reading this article.

1 Jn 1:3
3 what we have seen and heard we proclaim to you also, so that you too may have fellowship with us; and indeed our fellowship is with the Father, and with His Son Jesus Christ.

“The Rock” of Christ’s Church is a personal calling, drawing and revelation from “the Father“.

Are we actively listening for a personal message – a “unique synchronicity”?

Image credits:  I took this photo while standing at the base of the south end of Shiprock Mountain,  just outside of Shiprock, New Mexico, on Saturday June 11, 2016, on the 49th day of the counting of 50 days to the Feast of Pentecost.