The TIMES of the HOLYDAYS
Are Discernible TODAY!

Can we determine the TIME when HOLYDAY 2 will be fulfilled?

YES, we certainly can!

Just as certainly as the religious leaders of Christ’s time should have determined that HOLYDAY 1 was about to be fulfilled!

Mt 16:1-4
1 The Pharisees and Sadducees came up, and testing Jesus, they asked Him to show them a sign from heaven. 2 But He replied to them, “When it is evening, you say, ‘It will be fair weather, for the sky is red.’ 3 “And in the morning, ‘There will be a storm today, for the sky is red and threatening.’ Do you know how to discern the appearance of the sky, but cannot discern the signs of the times? 4 “An evil and adulterous generation seeks after a sign; and a sign will not be given it, except the sign of Jonah.” And He left them and went away.

Christ used a common adage known to sailors about determining the weather for the next day as a way to expose the bias people have towards knowing and anticipating the SEVEN BIG EVENTS in God’s Plan for His creation.

The religious leaders in Christ’s time SHOULD HAVE KNOWN that the fulfillment of HOLYDAY 1 was IMMINENT!

LIKEWISE, the religious leaders of today SHOULD KNOW that the fulfillment of HOLYDAY 2 is IMMINENT!

Christ said that there certainly are “SIGNS of the TIMES”, and that we should be able to determine the TIMES by seeing these SIGNS!

Looking back from TODAY, we should be able to see that SEVEN CHURCH ERAS (TIMES) have transpired since Christ ascended into heaven.

Notice that the Thyatria Church was aware that they were the FOURTH ERA.  See excerpt below from chapter 9 of  “Where Is the True Church? And Its Incredible History!“. 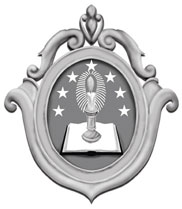 WALDENSIAN EMBLEM: Above is a representation of the Waldensian emblem or coat of arms dating from the tenth century. Note how the fourth star, which represents the Thyatiran Era of the Church, aligns with the candlestick in the center. Seven stars represented the angel or messenger of each given era, while seven candlesticks represented each of the seven Church eras (see Rev. 1:20). This emblem shows how the Waldensians of Thyatira understood they were part of the fourth in a succession of seven eras of the true Church. During the time they were allotted, the Waldensians truly beamed forth the light of truth to a world in darkness.

We should also have seen from its fruit, that the sixth PHILADELPHIA ERA of the Church was fulfilled by the rise and worldwide work of the Worldwide Church of God, with Herbert W. Armstrong as its earthly leader, from 1934-1986.

Now we are in the seventh LAODICEAN ERA… the LAST ERA of the church.

That era ends Revelation Chapter 3, so…

The END of the CHURCH ERAS (TIMES) is AT HAND!

Revelation Chapter 4 is NEXT!

Therefore the TIME for HOLYDAY 2 is AT HAND!

THIS TRUTH SHOULD BE AS OBVIOUS AS SEEING A RED SKY IN THE MORNING!

The TIMES of the HOLYDAYS Are Discernible TODAY!

It is TIME to get with The PLAN!